This is a sample from my newsletter, (me + you), which comes as the spirit moves but is hopefully worth the wait. I use it as a place to test drive ideas, to practice therapy, to get writing tics out of my system…it’s really just a sandbox for me to write to you. The newsletter is about everything and nothing, but this one is about Fist of the North Star and a friend of mine. I wrote it back when the Kickstarter mentioned was still running, but it’s over now. Stay tuned for ways to get this!)

“After he saw God he felt really good, for around a year. And then he felt really bad. Worse than he ever had before in his life. Because one day it came over him, he began to realize, that he was never going to see God again; he was going to live out his whole remaining life, decades, maybe fifty years, and see nothing but what he had always seen. What we see. He was worse off than if he hadn’t seen God.
-Philip K Dick, A Scanner Darkly

Listen, I’m making a short comic with my friend Nick Dragotta (East of West, Fantastic Four, a bunch of ill sketches online) for the Cry Punch Comics anthology. It’s kickstarting now, and you’ve got four days to get in there. The kickstarter already hit goal, so the creators get to split the remaining funds. I say that so you know how serious I am being when I tell you to give your money to this kickstarter so that it will give money to me so that I can buy video games this summer.

Nick texted me on New Year’s Eve asking if I wanted to collaborate on a short comic. I don’t write comics, but I do like doing dope things with my friends, so I thought about it for a few minutes and then just said yes. Nick’s one of the illest artists working in comics (I said this even before he was my friend!!!), and he wanted to see what we could do if we started with Fist of the North Star as the foundation for our idea.

Our story is chapter 21 of the smash hit, hyper-influential series GOODDEVILS, and we chose to spotlight the sixth episode as another way to pay homage to a great. It’ll make sense when you read it and the upcoming release of Fist of the North Star volume 1 side-by-side. 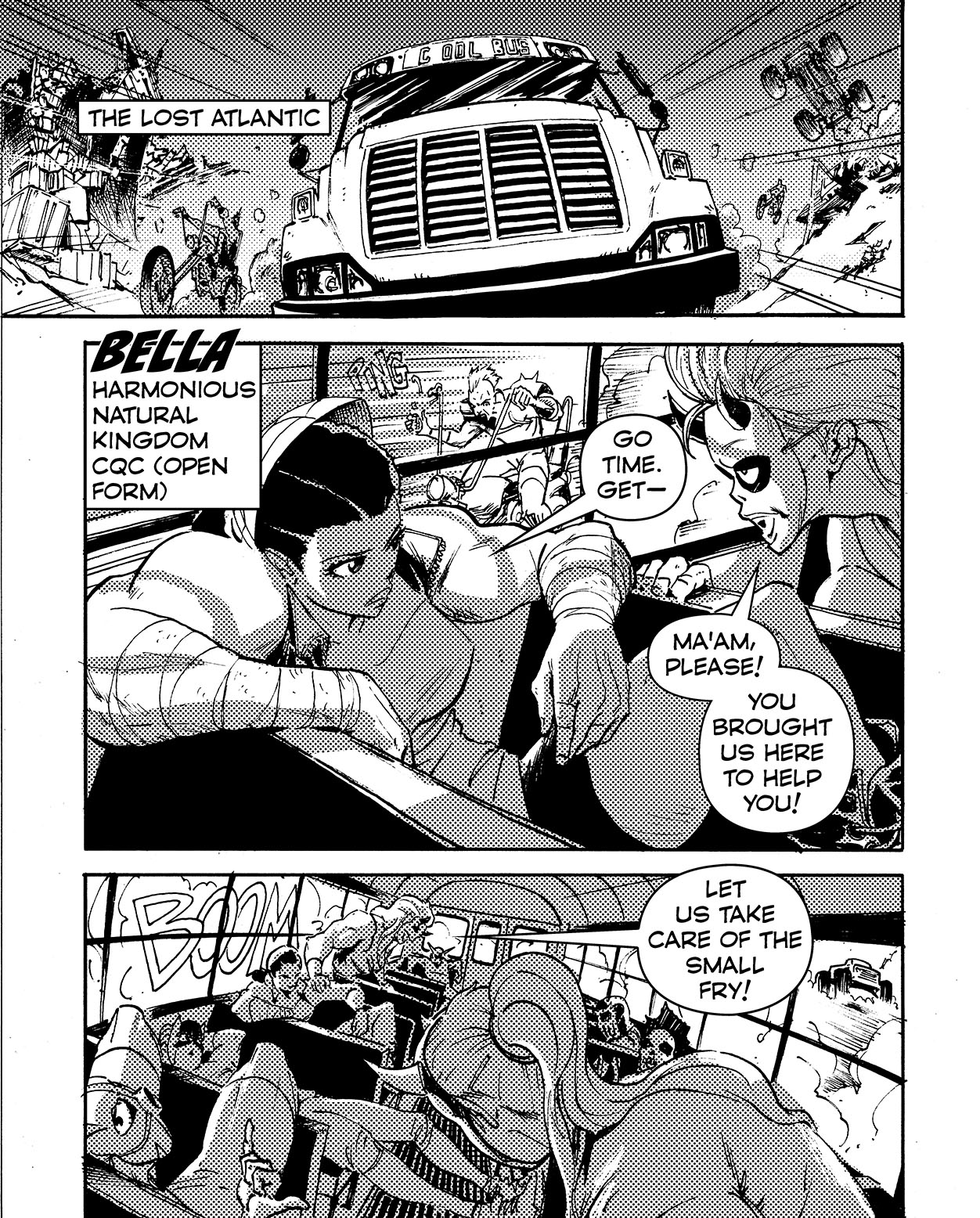 Nick draws like this, by the way. So give us all your money and nobody gets hurt.

Listen, though, listen, while I’m shilling, I also co-host a manga podcast with Deb Aoki, Christopher Butcher, and Chip Zdarsky. It’s called Mangasplaining, and the format is technically “Three Amazing People Introduce Handsome Devil Chip Zdarsky to Manga” but has actually settled into a nice “This is our manga book club” approach. It turns out it’s hard to “be new to manga” after reading a couple thousand pages of it. Who knew?

People seem to really dig it, so we must be doing something right. Give it a listen on wherever you get your podcasts, or check out the site at mangasplaining.com. We’ve got a calendar, a diverse reading list, and some very charming icons. I very rarely do ongoing podcast projects (a rolling stone gathers no moss!), so this is special and you should eSPECIALly listen to it!

Listen, I got a good review at work recently. I feel like I’m a hard worker and blah blah blah other things workaholics say to pretend like they aren’t, but it still felt weirdly surprising, which is another mental health thing I’m going to have to grapple with soon. I keep running into situations where my confidence is super low but my actual execution is on par or better (“on par or worse?” I shouldn’t use golf metaphors. whichever means “above expectations, but like, in a good way”). It’s baffling, though my therapist explained that it is also anxiety, which is not baffling and very easily understood. But it’s still baffling to me, so I’m working on it.

What I’ve found, though, is that if I trust myself to get the job done, even if I dread the end result and adopt an apathetic attitude toward the lack of confidence…things tend to come out in the middle. It’s not great, but it’s a step.

I’m working on it. Good mental health is a practice, not a plateau, and sorting this out will help me. I’m just grateful that I can still make stuff, despite how I feel sometimes. The first step is figuring out what it is, then understanding it, then living with it. I’ll get on top of this too.

If I unthinkingly inflict this on you in conversation, bear with me and remind me that I live the life I want to live and do dope things on a regular basis.

Listen, the thing about Fist of the North Star is that I saw it probably around thirty years ago, and it’s been sitting in the back of my brain ever since. The violence and animation drew me in. I’d never seen someone’s head explode before, much less see a hero grab someone’s head and squeeze until it popped. It came out back when American animation was looking pretty soft, too. Anime hit me at kind of a perfect time, and the novelty and production values combined to make it something that just felt different. And Fist of the North Star was a lot different, even amongst a field of unique material.

To this day, I have a weakness—no. I have an interest in battle manga. I want to see how they do the fight scenes, what the martial arts system is like, and if they steal anything from real life martial arts. I want to know what the specialty of the series is, if it’s about magical action like Ajin or rooted in fundamentals like Hajime no Ippo.

The creators of Fist of the North Star ripped off Bruce Lee and Mad Max, and in so doing, created something fresh. There are Fist of the North Star imitators, but there’s only one FotNS. There’s a sublime mix of extreme violence and kindness in the pages, shared amongst the characters. Family ties, doing right by others, and living a moral life are right there next to the thrilling battles, and the combination of the two creates an interesting moral framework, one I have rarely seen expressed as well in a lot of American media that tackles similar ideas.

Do well by others. Protect your community. Do no harm. Cooperation is the way forward. And if you stray from this path, if you choose to impose your will upon others for your own personal benefit, you are already dead.

Listen, here’s another page of GOODDEVILS from Nick. 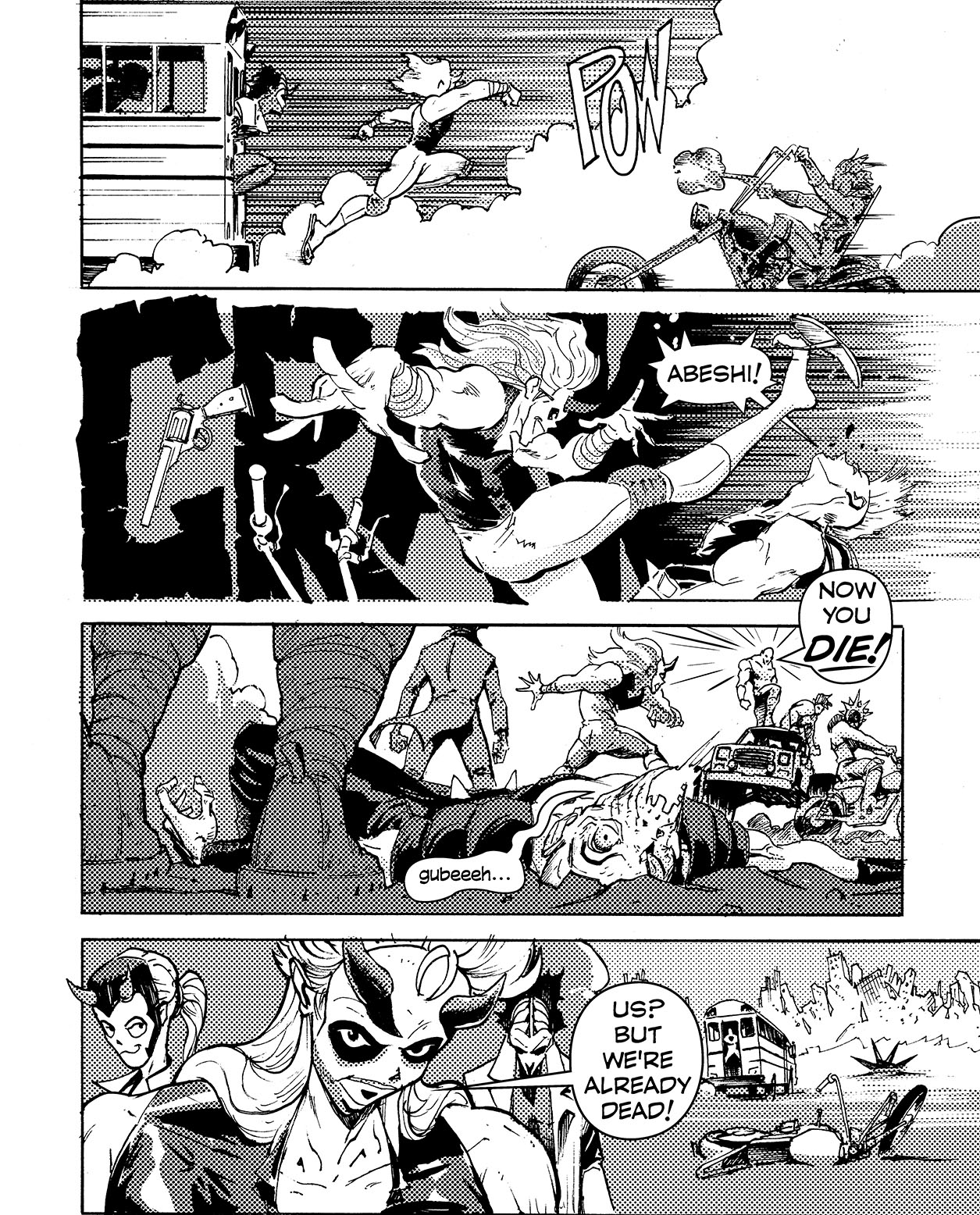 Nick’s got the hard part of the job. I’m just watching pages come back like ?.

Look, I made another video essay. This one is about my relationship with King II, the legendary wrestler from Tekken, and how I once broke my thumb playing video games. I hope you dig it. It’s also kind of about my life changing in completely unexpected ways.

Listen, GOODDEVILS is really fun to do, and I have another short strip with another friend, Caleb Goellner, coming soon too. (Different setting, though.) I doubt I’ll make a habit of it, but again: dope projects with dope friends. Life is short and you only get one.

I like the setting of GOODDEVILS enough that I’ve been working on a prose story that I may or may not show people once it’s done. Bella is our Kenshiro, and we have a Shin you’ll meet soon, but what’s Fist of the North Star without Jagi?

Our Jagi is named Sheila. She sucks, man. She really sucks. 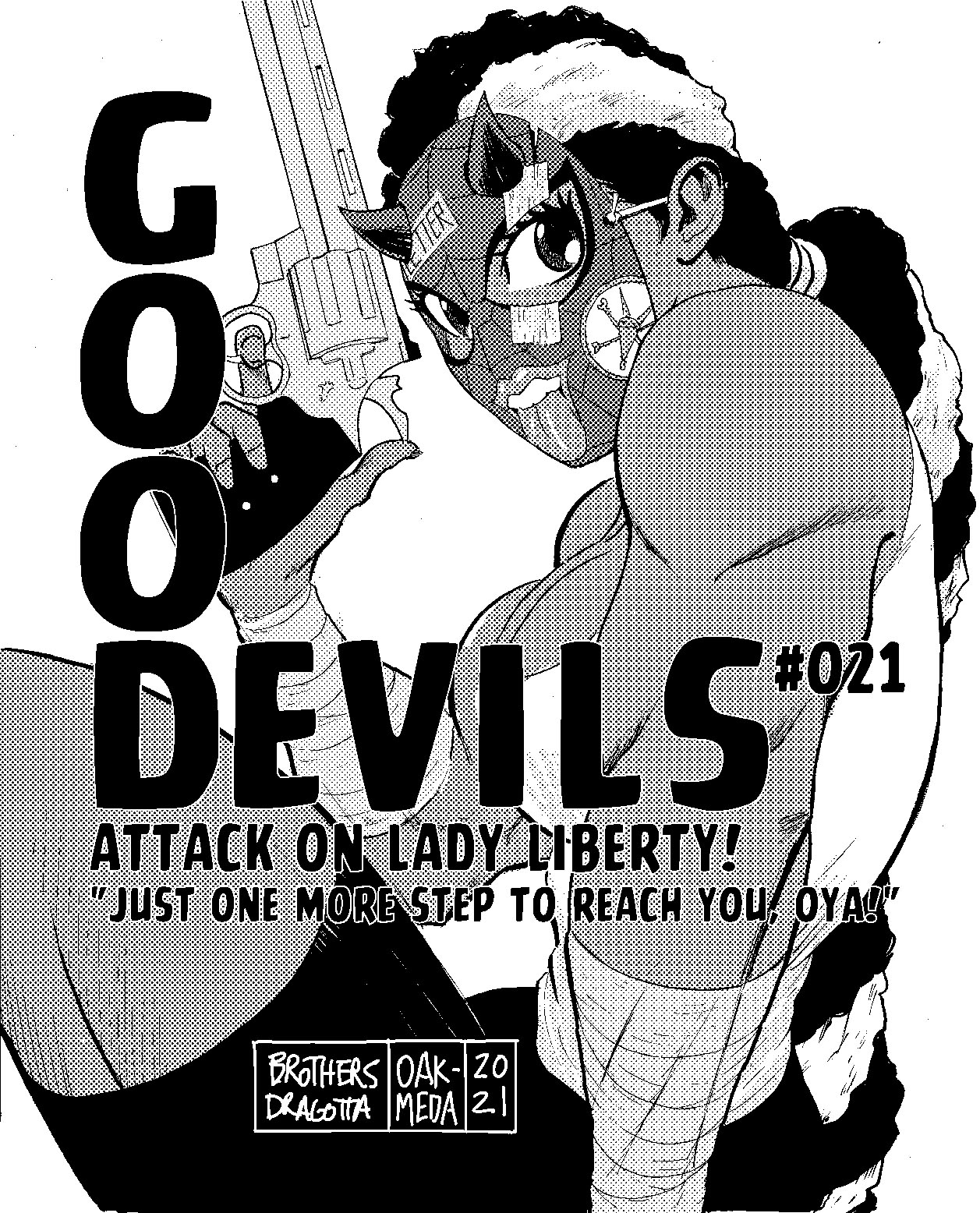 Nick’s a beast. A little bit of a Kenichi Sonoda vibe there for ya. Don’t forget to give us most of your money. Thanks in advance.