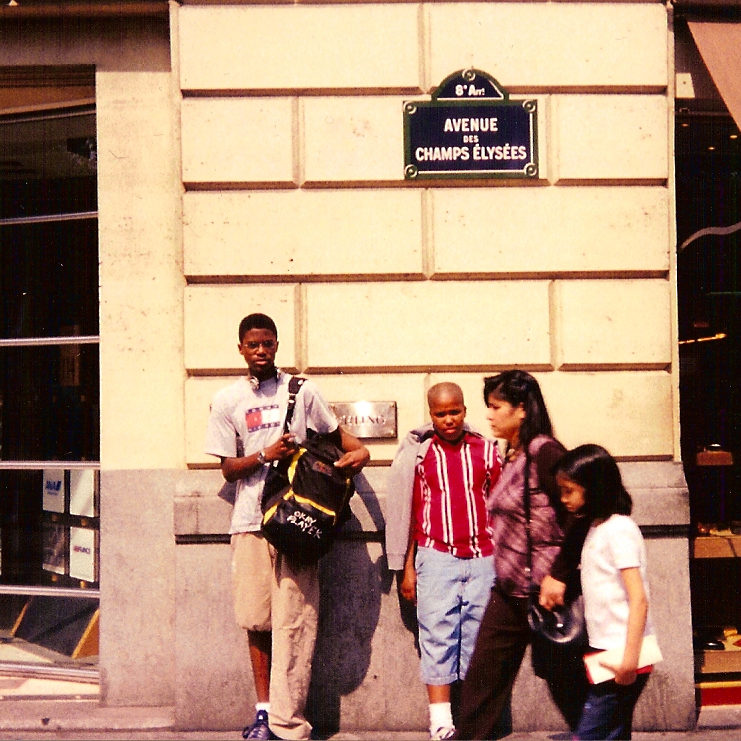 My name is David Brothers, I’m thirty-three years old, and the life I have now is not a life I could have dreamt of growing up.

I’m at a crossroads in my life and looking for the way. The primary way I learn things is by talking to people. I think we have this idea that there are people who are fonts of wisdom, people you go to for advice because they’ve been vetted in some way or another. But if there’s a war going on outside that no man is safe from, then it stands to reason that everyone has their own point of view on how to navigate life. And if they found the solution, or at least some way to maintain in the face of…everything, then maybe they have some wisdom I could use to help build my life.

The Way We Move is a free project that is intended to share some of the wisdom I’ve gleaned from simply talking to people about the world they live in. I’m blessed to know a lot of people who are doing things that inspire me, impress me, or give me hope. I chose six people to speak to face-to-face for this project. They’re writers and accountants, musicians and martial artists…

Rather than holding court on some subject or another or trying to solve some major issue, I spoke to these people about themselves and let the conversation be what it was gonna be. In the end, we discussed protesting, activism, punk music, defining our identities, cultural sabotage, video games, martial arts, and more.

The distance between what we expected back then and how we live now is where The Way We Move lives. Listen to one episode a day, like a vitamin.

You can check it out at http://iamdavidbrothers.com/theway/ or listen below.

Branwyn Bigglestone//Oakland, CA
growing up in Oakland & Daly City, navigating a family business, activism, and building a life you can be proud of
Games of Berkeley

Tricia Ramos//Tallahassee, FL
making your own fun in small towns, punk culture in the south, and the gap between Tallahassee and the Bay Area
Bad Daddies

Thomas Jackson//Fontana, CA
moving around as a kid, keeping a best friend, making music, touring with a band, and staying creative
BAUS

Evan Narcisse//New York, New York
being a New Yorker, becoming a father, religion, and the complicated status quo of being a black man in 2017 America
@EvNarc

The Way We Move was recorded between September and December 2016 in Oakland, Portland, and New York City.

The intro and outro music is Insane Analog’s Somewhere Out There. Check out their website and Soundcloud here, and look for new music from them in 2017.