some books are there for you when you need them, and anathema when you don’t. on a certain level, it doesn’t even really matter if a book is good or bad, so long as you get something valuable out of it. right? 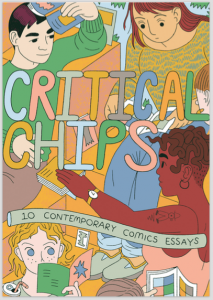 Tite Kubo’s supernatural adventure comic Bleach was serialized from 2001 through 2016 in Japan, and from 2004 through 2016 in the United States. I found it while I was ankle-deep in a half-hearted try at college in my small hometown, and liked it. The drawings were nice in a “Jamie Hewlett-meets-manga” way, the character designs and fashion were almost universally cool, and I’ve forever had a soft spot for swords and sandals tales.

It stars Ichigo Kurosaki, a kind-hearted goofball who turns out to be a prodigy with a destiny. Circumstances awaken his power as a Soul Reaper, someone who maintains the balance between the living and spirit worlds by killing white monsters with magical swords. Bleach’s setting is a great storytelling engine, one that allows for infinite variation and creative problem-solving, as long as those problems could be solved with swords. 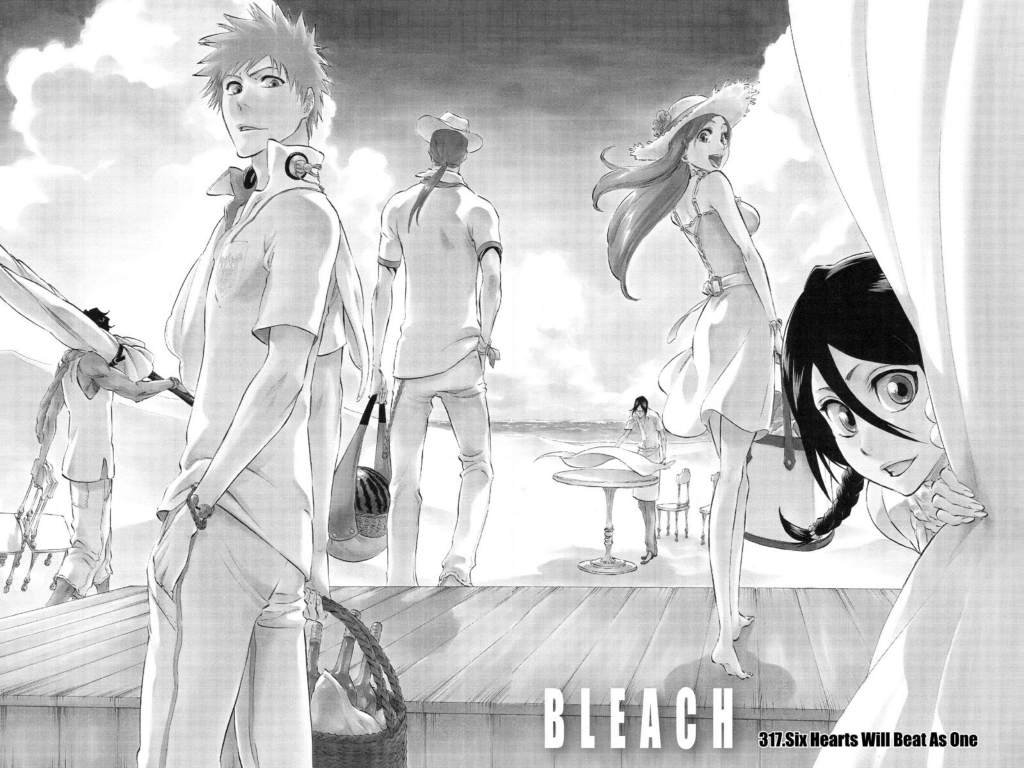 I liked it until I didn’t. I drifted away and came back again and again over the years until I finally tapped out somewhere around volume 38, over seven thousand pages into the series. I was dissatisfied with the progression, the villains, and the shape of the thing, the way it wasn’t hitting my buttons any more. The collected editions felt the same: several so-so stories book-ended by great ones, which would keep me interested enough to buy the next, until I finally lost patience.

Certain things about the series remained excellent, even during the valleys. Kubo has a knack for designing title pages or sequences that are bar-none the absolute best in comics. The title designs are ornate and designed to evoke a specific mood, and often double as beautiful pieces of art even when removed from the context of the series. A quick glance at a list of chapter titles shows that almost every single title Kubo came up with works as a pretty killer song title, too—”The Shooting Star Project” is a highlight, as are “Everything But The Rain” and “Quincy Archer Hates You.” (In my head, they’re all tunes created by the various projects Damon Albarn has been a part of—Blur, Gorillaz, and Rocket Juice & the Moon.) But ultimately, the series was lacking something I needed.

I’ve been buying the Shonen Jump comics anthology since the phonebook days, and leapt at the digital version when its publisher Viz Media moved away from print. Bleach ran in Jump, and as a result, I ended up seeing a lot of Bleach in passing after quitting the series. I generally skipped over it in favor of other strips I liked more, but it was there, and at one point I found myself not reading it, but looking at it on the regular. By this point, Kubo had announced that the series was on its final arc, which in the end would run just under 4,000 pages. He was still doing killer title pages, and while I had next to no idea what was going on in the story, the drawings were striking. Bold designs, fascinating layouts, and a generally intriguing approach to visuals. 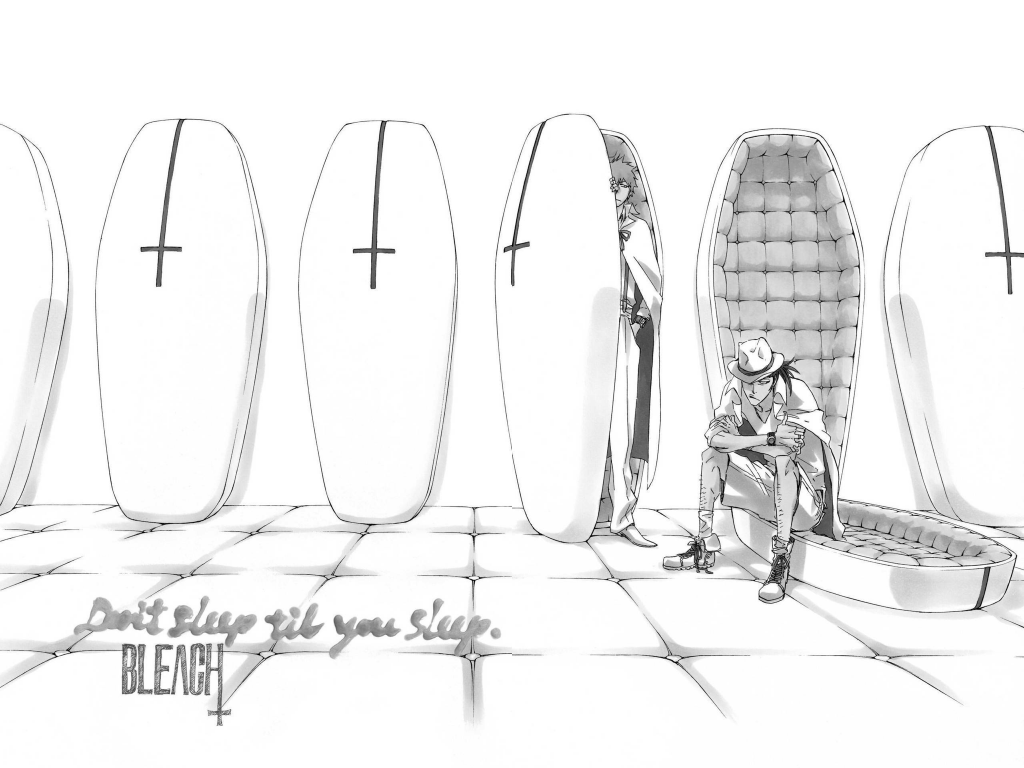 At that point in my life, as a reader and critic, I’d started to demand more from myself and the art I consumed. I wanted to understand and discuss art better than I had been, and I wanted to be challenged and stunned at the same time. I started to feel like Kubo was equally restless about where he was at, from my perspective, because I began noticing things in his art I hadn’t before. Character proportions had changed, outfits became more complicated, and I found that he would often throw three or four pages at a type of scene he used to solve in just a couple panels.

The mood he had always been evoking via chapters-as-song titles was increasingly present in the art, a move that was either incredibly self-indulgent or just plain incredible, depending on your point of view. Chapters ranged from near-silent to crowded with speeches about the nature of violence, the point of living, the pointlessness of revenge, and other subjects more suited to chanbara cinema than shonen comics.

And just like that, I was back. Bleach grew up while I wasn’t paying attention, and grew up in a way that threw it right back onto my radar so hard it became a highlight of every week’s issue of Jump. Kubo’s self-indulgence felt like a victory lap. He knew the series was wrapping up, so why not send it off in style? Why not give all these dusty old characters one last moment—or several—in the sun before packing them away? Why not give them a speech that makes you think about who they are and what they do before they cut down someone in an extremely cool way?

Kubo had always been strong at design, but now he was flexing his strength with concepts, too. An exceptional swordswoman who learned healing arts in order to prolong her ability to fight. A man who capped his own overwhelming power in order to preserve the joy he found in battle. A man who turns children’s games lethal, a mad scientist who is determined to stay ten steps ahead of everyone else, a blade that takes a life with each swing…

The specifics probably won’t matter to you if you haven’t read the series, but I suddenly went from bored disinterest to hanging on almost every word. The action was good, and sometimes exceptional, but it was the total package that really drew me back in. Bleach was a comic that wasn’t afraid to let itself breathe or get weird, and as a result, it found its footing again. It felt self-assured.

That confidence helped cause a shift in how I look at comics. I went from demanding comics to be what I wanted to being more willing to meet a comic on the creator’s own terms. Which isn’t to say I suddenly like everything ever, or think everything has merit—it just expanded my comfort zone. Kubo is telling his story the way he wants to, and I found something to respect and enjoy there.

The chapter titles-as-songs aspect of Bleach is wildly underrated, but key to the whole experience for me. Bleach will never be as resonant or full of fluid action as Eiichiro Oda’s One Piece or Masashi Kishimoto’s Naruto, the other two entries in the shonen “Big Three.” Those series center friendship, legacy, and destiny in a way that Kubo never really did. But what Kubo does well is dig deep into the idea that style can be substance, that something beautiful is able to inspire enjoyment, too.

Bleach is a series of vibes. It’s a story that progresses and expands in a mostly reasonable manner, but the real entertainment comes from the vibe. Discovery, exuberance, freedom, melancholy, fear, creativity, reconciliation, desperation, and fury. Kubo drops you into pool after pool of these feelings and invites you to just relax and enjoy the moment. “Enjoy the ride.” 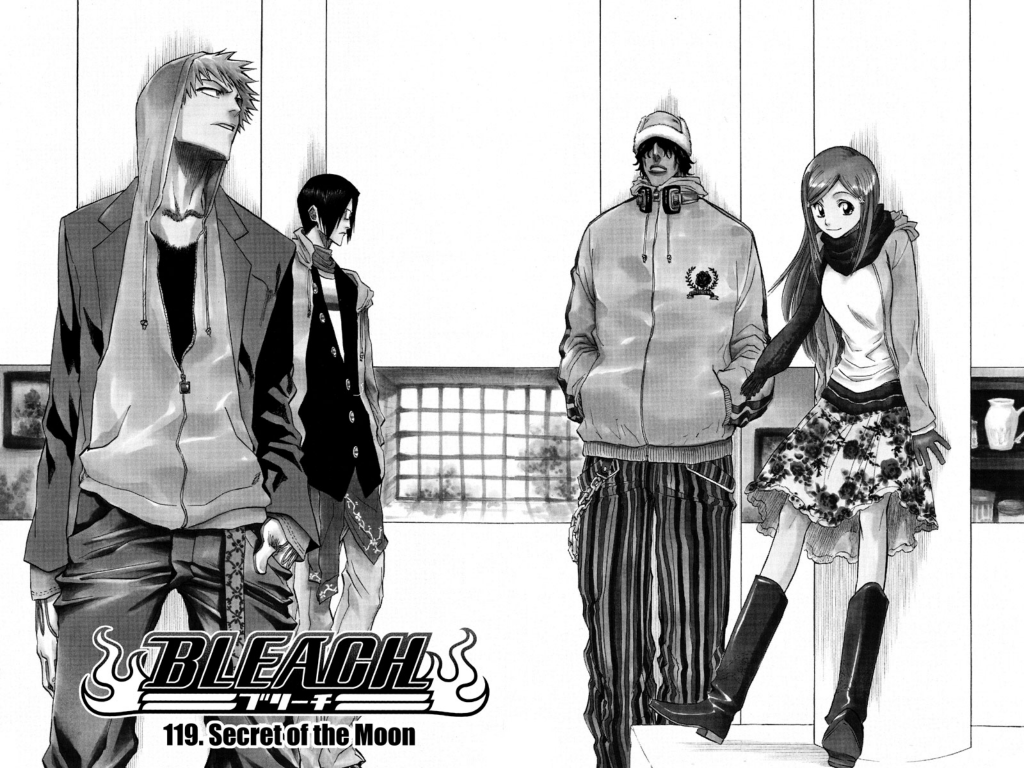 The final chapter of the series, Chapter 686 (there are technically over seven hundred chapters, but some chapters feature negative or half numbers: again, Bleach is a vibe to roll with) is called Death & Strawberry, mirroring the first chapter of the series. It’s out next week as I’m writing this, and aims to wrap up the series. The penultimate chapter was a ten-year time skip; the one before that ends with the hero slashing the villain in half. Wrapping everything up is a tall order.

If Bleach ends like other shonen books, the hero will have accepted his destiny or retired or both, settled down with one of the female characters, possibly had kids, and look back fondly on the friendships he made. A core theme of “looking out for others” will be reiterated, and we’ll get one last look at familiar faces wearing nice new clothes.

That’s fine. Everything between chapters one and six-eight-six are what matters. For me, that period spans early college to independent adulthood. I became a professional writer, started a comics blog, killed a comics blog, lived in three cities, and held down a fistful of different jobs. When I was younger, Bleach scratched an itch I had for good shonen adventure comics, ones with creative settings and not-too-complex characters. As an adult, I’m stuck on how Kubo churns out jaw-dropping pieces of art and expands his universe in ways that hit me on a whole other level, be it philosophically or just as spectacle.

It doesn’t matter to me how it ends. Not really. It did what I needed it to do, even when I didn’t know I needed it.

david brothers
sitting by the dock of the bay