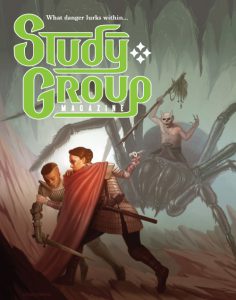 Power checked and unchecked provides a backbone for Katsuhiro Otomo’s Akira, a through line for understanding the characters and why they make the choices they do. Otomo’s story is equal parts admonishment and encouragement, with certain characters clearly taking a more righteous path than others. Otomo covers the in-between as well, those who are unsure or un-accepting of their own power and need guidance. Between the first and final pages, Otomo illustrates the lives of people who are forced to act by their situation, and in doing so, reveal who they are inside. Some characters grow into their power slowly but surely. Others embrace it and find peace. Still others reject it when the time comes.

Otomo is wrestling with power and consequence in Akira, and each character uses their power differently. Consider Ryu, a man with a good heart working on the side of the freedom fighters, who ends up led astray by his dependence on following orders. Yamagata, Tetsuo, and Kaneda were great friends before Tetsuo gained powers, which makes Tetsuo’s murder of Yamagata a true breaking point for the character. The Colonel appeals to Tetsuo by seducing him with the idea of gaining further power, but makes sure that Tetsuo knows where he stands in the pecking order. The psychic children lose their freedom in exchange for power, but find peace and stability through friendship and shared experiences. Lady Miyako is theoretically on the side of the just, but raised up her own private army, keeping the power to a select few of her own choosing. Nezu, a politician working for the resistance, betrays his own compatriots in an attempt to wrest power for himself, and brings about the destruction of Neo-Tokyo through his selfishness. Even Kaneda, the ostensible protagonist of the story, is a bull in a china shop at the beginning of the series, fully aware of the fact that he can get his way simply by pushing. It’s only through serendipity that he’s placed in a situation where he must help others.

This attention to detail extends to the supporting cast, too. A school nurse Kaneda has a sexual relationship with would be a half-thought of a supporting character anywhere else, but here, she is crucial to understanding exactly what kind of person Kaneda was before the fall of Neo-Tokyo and rise of the Great Akira Empire. She’s never named, and only appears on six pages of the story. She provides him with drugs when the doctor’s not around, and he plays with her emotions in exchange. When Kaneda approaches her to identify a drug—the military placed Tetsuo on industrial-strength sedatives of unknown origin—she admits that she thinks she’s pregnant. Kaneda’s reply is “Hey, great! Can I watch you have it?”

The way Otomo depicts her tells the story on its own. You can extrapolate a lot simply by comparing how Otomo chooses to draw her before and after her painful confession and how he draws Kaneda. She goes from breathless and hopeful when he greets her with a surprise kiss to slumped and silent after he dodges her admission with easy aplomb. Kaneda is fast-moving, smiling, and bubbly, only acknowledging the awkwardness long enough to decide to ignore it entirely. While she looks at the floor and holds still, he grins and winks with not an inch of concern on display.

She doesn’t appear again, and the fate of her and her child is unanswered throughout the series. But the callous disrespect and selfishness Kaneda shows her, and the little hint that Kaneda knows exactly how ugly he’s being to someone he owes tenderness, speaks volumes. Kaneda is a user, and if he has no use for you, he doesn’t care. By the end of the series, he’s more attuned to the needs of others and willing to sacrifice for the greater good. Here, he’s a simple thug, with a me-first and you-never attitude.

A significant theme in Otomo’s masterwork is that power is dangerous when applied without care and insight. Akira’s powers manifest and launch World War III long before the events of the series. Tetsuo receives powers without being trained in how to control them, and his inner pain leads him to take his selfishness out on others. The Colonel, confident that his own power alone can control others, is quickly shown how untrue his belief was, and spends the remainder of his panel time attempting to atone for his mistake.

While Kaneda and Tetsuo must learn to control themselves and the Colonel must learn to how to use his power wisely, Chiyoko represents power applied properly. She is introduced roughly a third of the way into the series, a member of the underground rebellion alongside Kei and Ryu. She’s taciturn in the extreme, carefully guarded and direct in all her dealings. She doesn’t boast and she doesn’t fool around. Everything she does is geared toward completing her mission. When faced with the threat of a young girl with psychic powers, Chiyoko doesn’t hesitate. She grabs a gatling gun and chases her down.

After the fall of Neo-Tokyo, Chiyoko continues her duties as a freedom fighter, protecting her comrades and gathering intelligence. She stands out in a series defined by characters wrestling with unchecked or misapplied power. She has a purpose, one that she has decided is worthy, and dedicates her whole self toward fulfilling that purpose. There is no confusion on her part, no chance of corruption. She simply is, and by being, she completes her task.

Chiyoko provides a foil for the Colonel early in the series, and a blueprint for the path he eventually follows. They both share a confidence that allows them to do whatever it takes to achieve their goals, but the Colonel’s goal is rotten from the start. He is seeking more power, and through it greater control over the world. Chiyoko exists within the world and uses her power to improve things for others. She’s seeking justice, not more power, and that informs the way she goes about her business and treats others.

Otomo’s exploration of applied power is bigger than politics, and he avoids wrapping things up with an easy moral. It isn’t “Power corrupts,” or else the epic ends on a bitter scene where Kaneda and the rest of Neo-Tokyo seize the power of the idea of Akira to maintain their sovereignty in the face of foreign invaders. It’s more nuanced, more complex than that.

The Colonel finds freedom by giving up his power. On the other hand, Chiyoko stays her course, while Kei and Kaneda learn how to properly harness the power they have. If anything, Otomo is exploring the intersection of power, wisdom, compassion, and purpose. There is no single right way to use power, no correct answer, because life is complex. Sometimes a firm, uncaring hand is the best choice for a situation. Sometimes a situation requires more empathy, more compassion. These solutions are not equal and opposite—they’re a part of plethora of options on how we choose to use our power in our day-to-day life.

It’s easy to look at Akira and find something resonant. The cast aren’t points on a spectrum from bad-to-good or incorrect-to-correct. They simply exist, and do the best they can with what they have. Carelessness and compassion exist in all people, and Otomo reflects that well.

Kaneda’s relationship with the school nurse is a very real one, something taken directly from real life and applied to the page. Kaneda makes a choice in that moment, and we see the effects of that choice immediately. Chiyoko’s quiet determination, too, is a reflection of real life. She is no leader, but she clearly has the capability to show others the way. Akira works so well because we recognize aspects of ourselves in the characters and the choices they make. The message of Akira is not that power is good or bad unto itself—it’s that power lets you affect others on every scale, from small to apocalyptic, and it’s important to be not just aware of your own power, but to deploy it effectively.